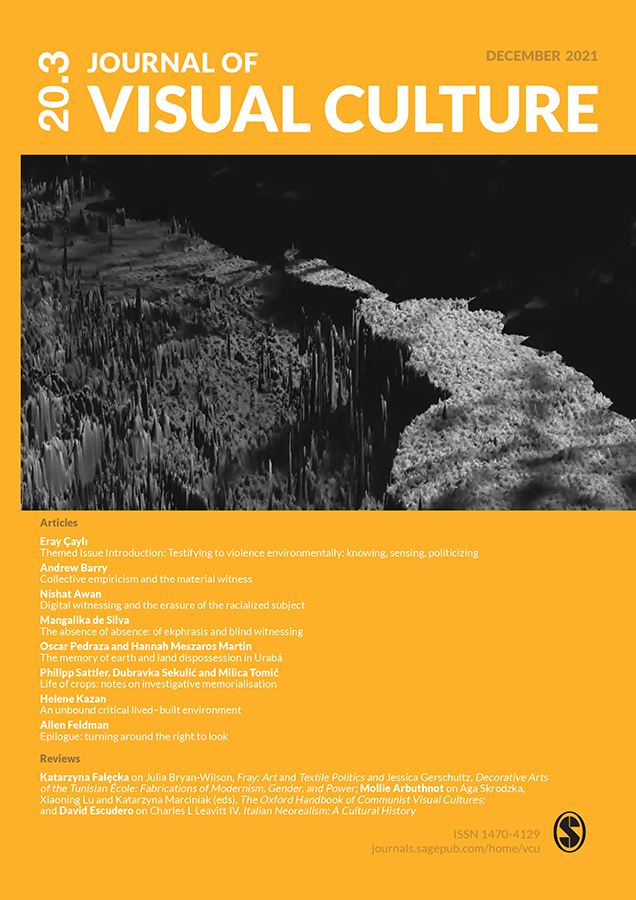 Over the past decade, a growing number of scholars in the social sciences and the humanities have come to approach political violence as an environmental phenomenon, and conceptualize environmental injustices as violence (e.g. Barca, 2014; Buell, 2017; Gray and Sheikh, 2018; Lee, 2016; Nixon, 2011; Sharpe, 2016). Concurrently, material (including visual) cultural practitioners and theorists grappling with violence have mobilized the testimony of environments (e.g. flora, fauna, landforms, atmospheres, buildings, landscapes and cityscapes) to enhance the sensorial and epistemic valence of their work. This themed issue takes its cue from such mobilizations but also proposes to reconsider them in light of a series of fundamental questions that remain underexplored in this context of violence’s ‘environmentality’ (Agrawal, 2005) even as they have become increasingly complexified by it. These are fundamental questions because they concern the political claims and promises attached to testimony and its various registers such as documentational, figurative, forensic and artistic. We therefore ask: What are the political possibilities and limitations of enlisting environments as authoritative witnesses to violence? What might the sensorial multiplicity associated with testifying to violence environmentally entail for both the primacy of the visual and its critique as a Eurocentrism? How do the truths produced through such testimony bear upon the various politically pragmatic ends it is expected to serve, such as verification, adjudication, resubjectivation, reparation and reconciliation? Contributors to this issue, who work across visual cultures, media studies, architecture and human geography, and who were first brought together in an interdisciplinary symposium held in early 2019 at the London School of Economics and Political Science, explore these questions via a diverse range of contexts including Pakistan, Georgia, Colombia, Austria, Sri Lanka and Lebanon.

The Journal of Visual Culture archives offer over a decade worth of critical reflection on visual culture as a discipline and a domain. Through our publisher, our archives can be explored via the SAGE website. Please visit our SAGE site to review and search our back issues. 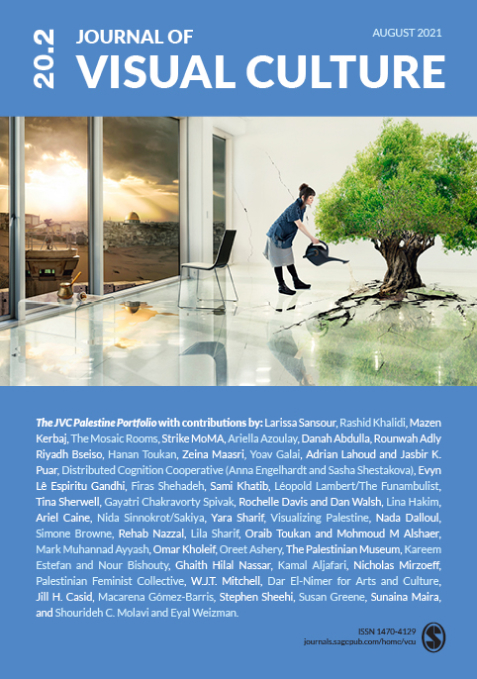 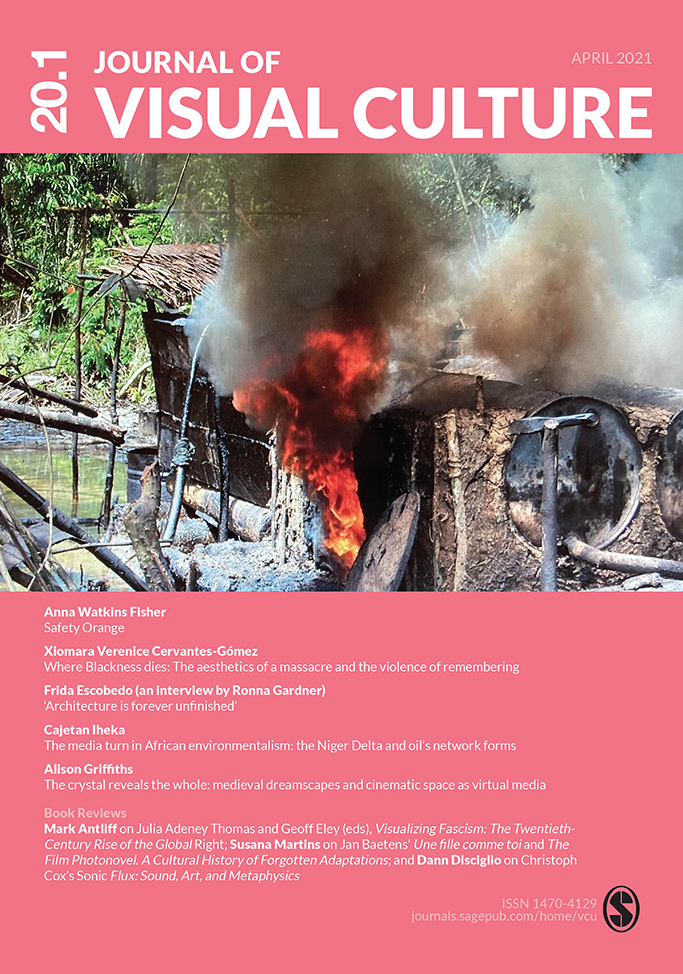 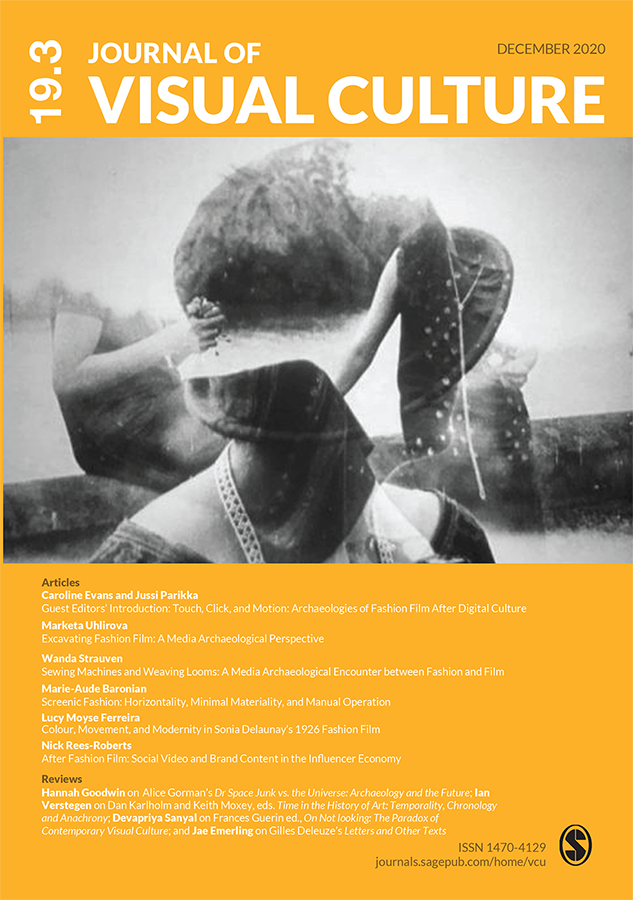 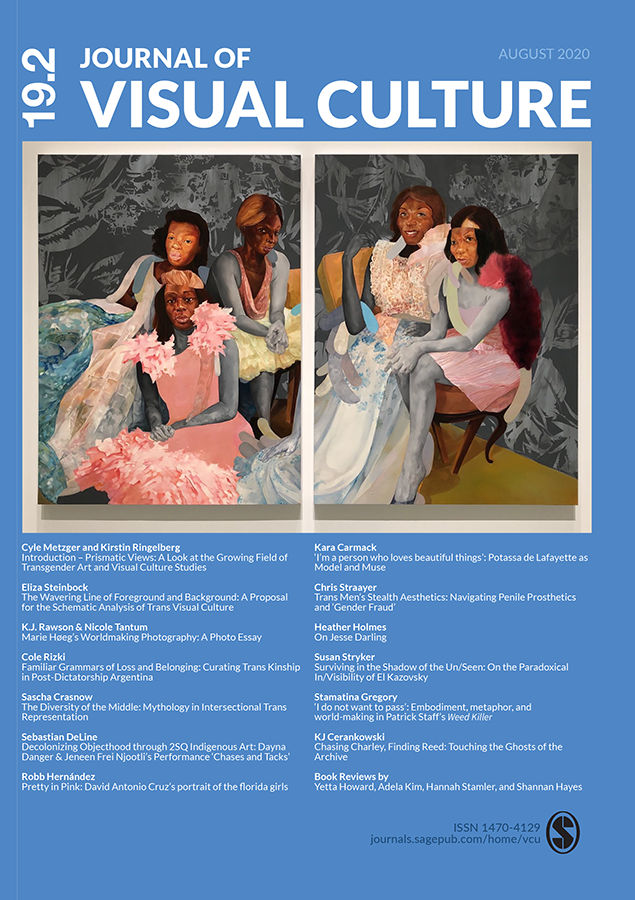 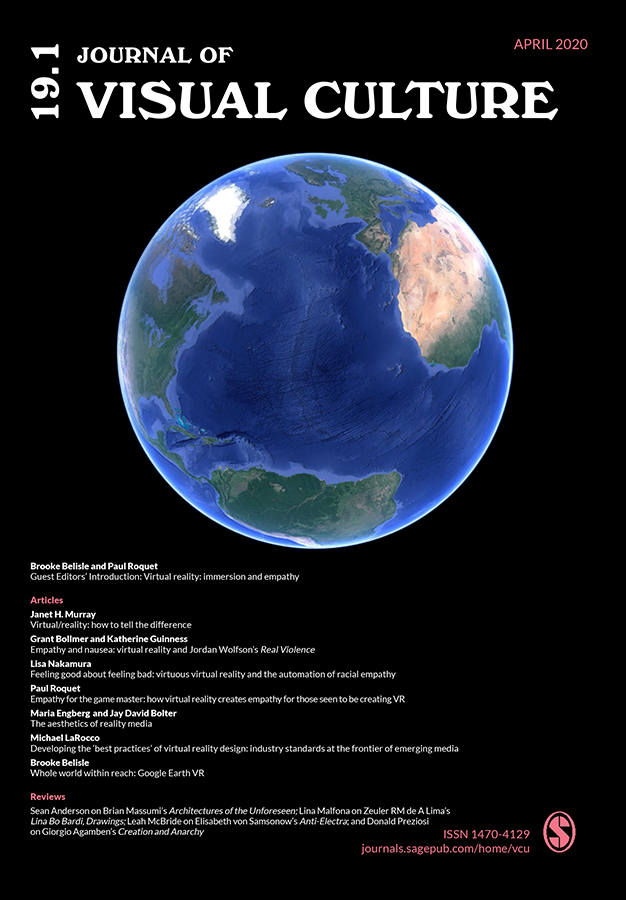 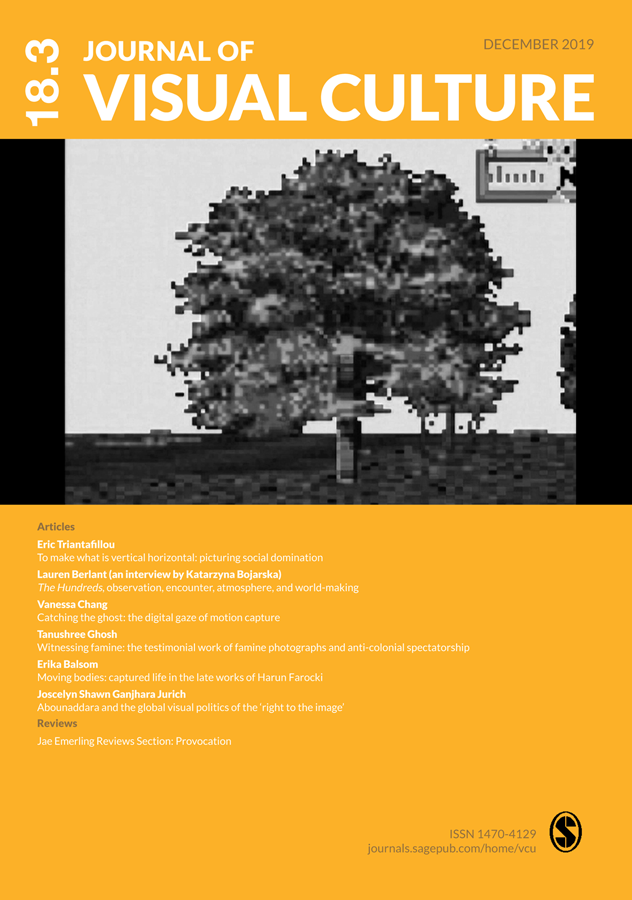 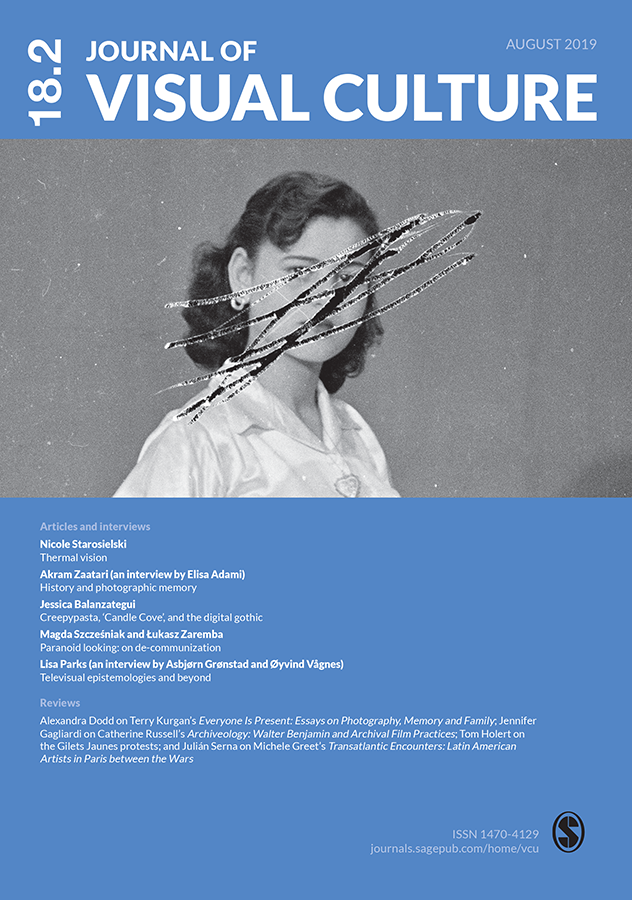 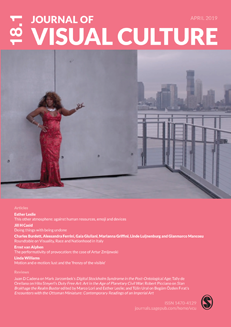