Dedicated to quick publishing on pressing matters in urgent times, JVC Magazine is an online, multimedia, and open-access platform for essays, interviews, exhibition reviews, book forums, and themed dossiers reaching out to audiences wider than academia. We welcome contributions (1500-3000 words) from academics, activists, artists and all those interested in emergent politics of visual cultures (please email your 200-word pitches to journalvisualculture[at]gmail[dot]com).

BodiesCommunitiesEcologies
EXTRACTIVISM | Memories of the sea
Mainstream accounts refer to the coastal regions of Kutch as wasteland, as submerged lands, as marginal—words that indicate a lack of human use and value. But these amphibious geographies have been inhabited for centuries by the fishing community and the pastoral Fakirani jat communities, a presence and livelihood that contests this presumed lack.
By Ishita Sharma

CommunitiesInstitutions
This is why we can’t have nice things!
Much of the debate around documenta fifteen forgets that political change and cultural change might not work in tandem, that denaturalising power relations might be easier than denaturalising gender relations and entrenched racial prejudices, or that the merits or demerits of political artworks, many of which come laden with harrowing backstories, cannot be measured against the yardstick of semiotic theory.
By Ana Teixeira Pinto

BodiesCommunitiesEcologiesInfrastructures
EXTRACTIVISM | Introduction to the dossier
How are images implicated in the increasingly diversified and expansive ways in which industrial-scale extractive methods and practices operate? To what extent do the ways images are produced, circulated, theorized, and politicized mirror or challenge extractive methods and practices?
By Eray Çaylı

EcologiesInfrastructuresInstitutionsTechnologies
EXTRACTIVISM | Sonic blind spots: Acoustic research in the Lower Mississippi River
Documenting the lower Mississippi River as an acoustic space reveals already existing power dimensions at play before they become fully legible as symptoms of extractive dispossession. Analysing the politics of vibration, emission sources, and bandwidth use inequalities can reveal much about the colonial regime of extractive infrastructures by exposing the disassembled temporalities of the extractive event.
By Margarida Mendes 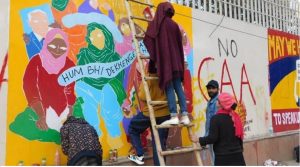 BodiesCommunitiesTechnologies
The democratic sensible: Becoming word in protest recitations
Images of texts from sites of protest against the Citizenship Amendment Act and the National Register of Citizens have been transcribed into embodied performances.
By Bishnupriya Ghosh 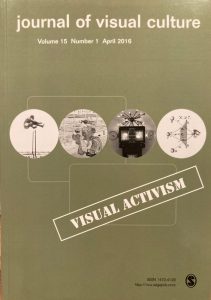 BodiesCommunitiesInstitutions
Visual Activism revisited
Co-editors of the 2016 themed issue on Visual Activism reflect back on it in light of recent events.
By Dominic Willsdon, Julia Bryan-Wilson and Jennifer González

BodiesCommunitiesTechnologies
Thinking in motion
A reflection on the online action ​Face Mask, Not Muzzle ​by Tucumán collective​ La Lola Mora, which responds to a present undergoing multiple crises.
By Leandro Martínez Depietri 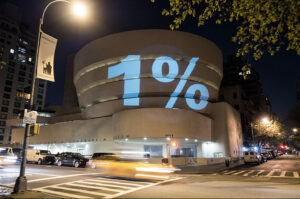 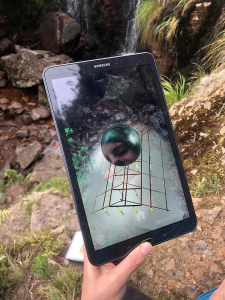 CommunitiesTechnologies
Telepathy without the internet
Is it possible to practice telepathy outside of the oppressive market dynamics that dominate the internet today?
By Juan Pablo Pacheco Bejarano 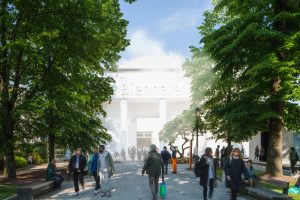 CommunitiesInfrastructuresInstitutions
Review of the 2019 Venice Biennale
Themed "May You Live In Interesting Times," the 58th Biennale proceeds from the idea of multivalency, inviting complexity, ambiguity and contradiction, and constituting a point of departure rather than a conclusion.
By David Campbell and Mark Durden 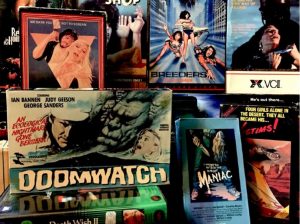